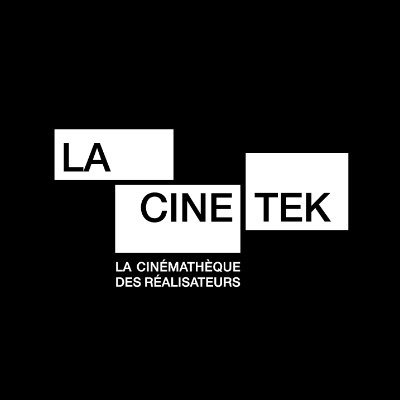 The VOD platform dedicated to the greatest films of the 20th century.

Every month, a film director reveals its ideal film library, the 50 titles that influenced its…

Multi-award-winning director, animator and screenwriter, Pete Docter is the artistic director of Pixar. He was responsible for the original story of the first two Toy Story that made the animation studio famous, and then for directing the groundbreaking works Monsters, Inc. (2001) and Up (2009), before reaching new heights of audacity and inventiveness with Inside out (2015) and Soul (2020).

The list he has offered to LaCinetek emphasize films discovered in childhood. It's an opportunity to travel through the great hours of American cinema, from the burlesque of Keaton and Chaplin to the westerns of John Ford, from the comedies of Capra to the musicals of Stanley Donen, not forgetting, of course, the animated masterpieces of Studios Ghibli and Disney, Wallace & Gromit and the Looney Tunes.

Discover Pete Docter's influences in cinema through his list of 50 favorite films from before 2005 : www.lacinetek.com/director-list/pete-docter

Selection of the month: Voyeurism

After bringing Alice Guy to light in 2020, LaCinetek is once again partnering with Lobster Films to present, within its "Hidden Treasures" section, a selection of 7 new films from the beginning of the 20th century made by women, little celebrated yet innovative. Lois Weber, Mabel Normand, Germaine Dulac or Mary Ellen Bute: so many pioneers women filmmakers whose rich filmography, almost unseen on VOD, should be (re)discovered.

Focus on the Universal Monsters, a series of horror, suspense and science fiction films produced by Universal Pictures between 1923 and 1960, which offered their first cinematographic representations of the romantic figures of Dracula, Frankenstein or the werewolf!

This holiday season, LaCinetek comes up with a great gift: the list of Pete Docter's favourite films !

Selection of the month: Comedies

As his remake of West Side Story is about to be released in theaters, LaCinetek is delighted to welcome nine Steven Spielberg films in its catalog! (Re)discover the man who, with George Lucas at the dawn of the 1970s, invented the blockbuster and initiated a new era in Hollywood cinema.

Selection of the month: Portraits

Discover Bruno Podalydès' influences through his list of 50 favorite films from before 2005: www.lacinetek.com/director-list/bruno-podalydes

LaCinetek gathers the recommendations of…

Discover Paul Schrader's influences through his list of 50 favorite films from before 2005: www.lacinetek.com/director-list/paul-schrader

LaCinetek gathers the recommendations of…

Discover Cédric Klapisch’s influences through his list of 50 favorite films from before 2005: www.lacinetek.com/director-list/cedric-klapisch-18

Cédric Klapisch is co-founder of…

Discover Pascale Ferran's influences through her list of 50 favorite films from before 2005: www.lacinetek.com/la-liste-de/pascale-ferran

Pascale Ferran is president and…

LaCinetek gathers the recommendations of directors from all over the world to offer them on VOD (in France, Germany, Belgium,…

LaCinetek gathers the recommendations of directors from all over the world to offer them on VOD (in France, Germany, Belgium,…